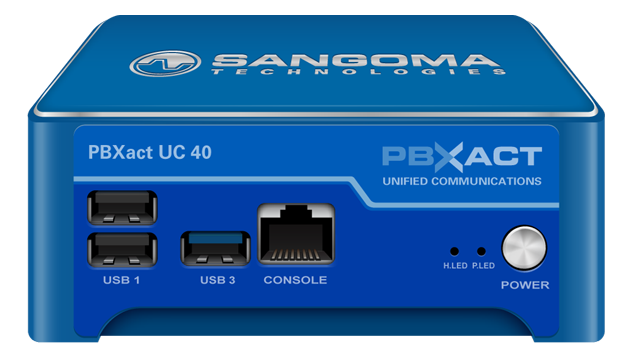 The FreePbx System 40 is being billed by Sangoma as not just a phone system but an office in a box.  The reason for this is Sangoma is looking to add such new cool add-on’s as a Firewall, Router, DHCP server as well as wireless capabilities all in one small appliance.  This is the perfect device remote offices as well as indecent small office deployments.

The System 40 is in two flavors one being for FreePBX and the other coming with 40 PBXact user license.  The PBXact version is a far better option as it comes complete with almost all of the standard commercial software.

The hardware already has Antenna mounts built is as well as Mini PCIe module which is good for 3G, 4G and WiFi.

It will support up to 30 simultaneous calls.

This is a replacement to the System 10 and has an amazing MSRP.

It is well worth the extra $200 to get all of the advanced features of the PBXact system capabilities and user experience.  Once the “Office-in-a-Box” Features are added this system will be the only appliance which a small office will ever need.